Find this article at:
go.ncsu.edu/readext?611029
— Written By Dominic Reisig
Folks have been noting a fair bit of stink bugs in cotton and earlier than normal this year. Below are tips for scouting and treating, including insecticide choice:
Scouting
Stink bugs don’t damage cotton until it has bolls on the plant. They prefer small bolls about 10-14 days old so start scouting as soon as bolls of this age are present. If you want to find stink bugs, go to the field edge. However, don’t base a treatment decision on this, since they are spotty and generally more prevalent there. Be sure to cover the field thoroughly and check the middle. 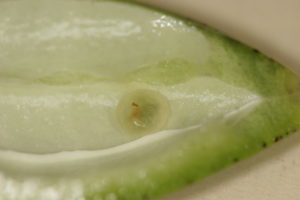 Count any stained lint or warty growths as stink bug injury. Simple punctures without warts should not be counted.

It’s good to identify what species are present for proper insecticide selection (described below). However, treatment decisions should be made on the presence of internal boll injury and not the presence of insects. Note that plant bugs can also injure small bolls and the internal injury is indistinguishable from stink bugs. Count any stained lint or warty growths as stink bug injury. Simple punctures without warts should not be counted.

Scout for stink bugs by splitting and examining the inside walls of 1-inch diameter bolls for warts and/or stained lint (any amount of even subtle injury is scored as a damaged boll). Be sure to observe the 10% damaged boll threshold level during weeks 3-5 of the bloom period. Full scouting recommendations and thresholds can be found in the NC Cotton Insect Scouting Guide.
Treating
If present in moderate to high levels, stink bug damage can result in significant yield losses. In making spray/no-spray decisions, remember that the cost of the treatment and insecticide typically translates into the value of 10-12 pounds of lint. Insecticides targeted for stink bug generally do a good job with plant bugs. Some screening results are below. Although Bidrin offers excellent control of stink bugs and plant bugs, be aware of this product’s 3-day reentry interval. Remember that brown stink bug is more difficult to manage than green stink bug. Finally, keep in mind the fact that many of these insecticides will greatly decrease natural enemies present in the field, potentially opening it up to bollworms later this month. 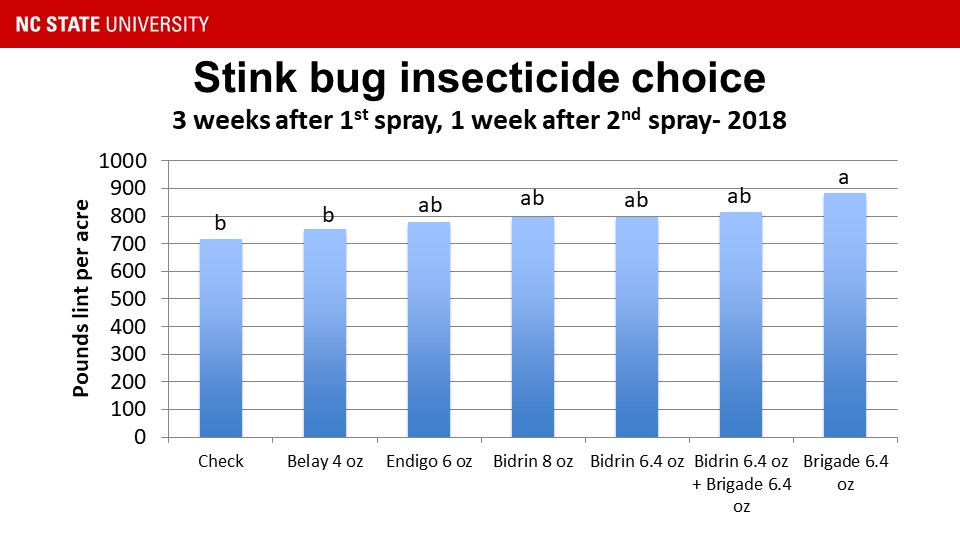 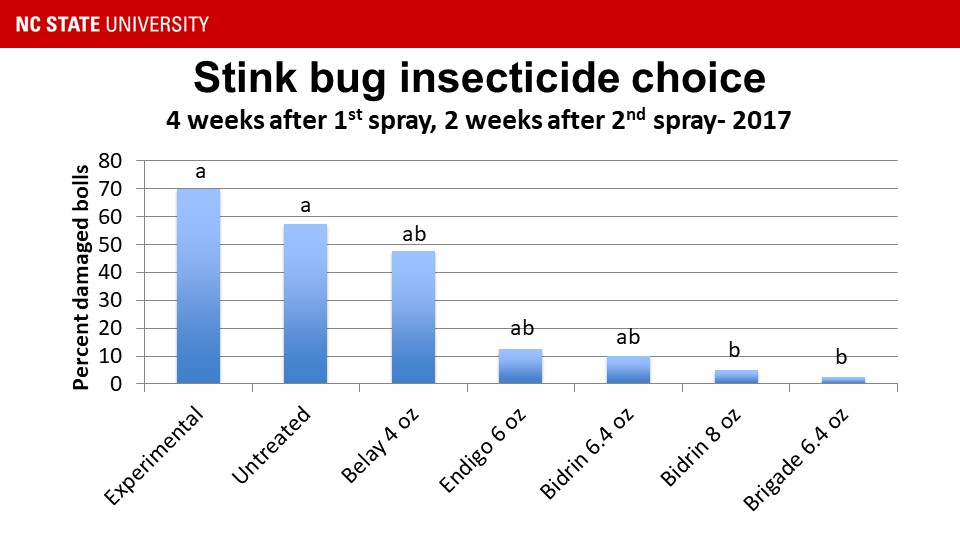 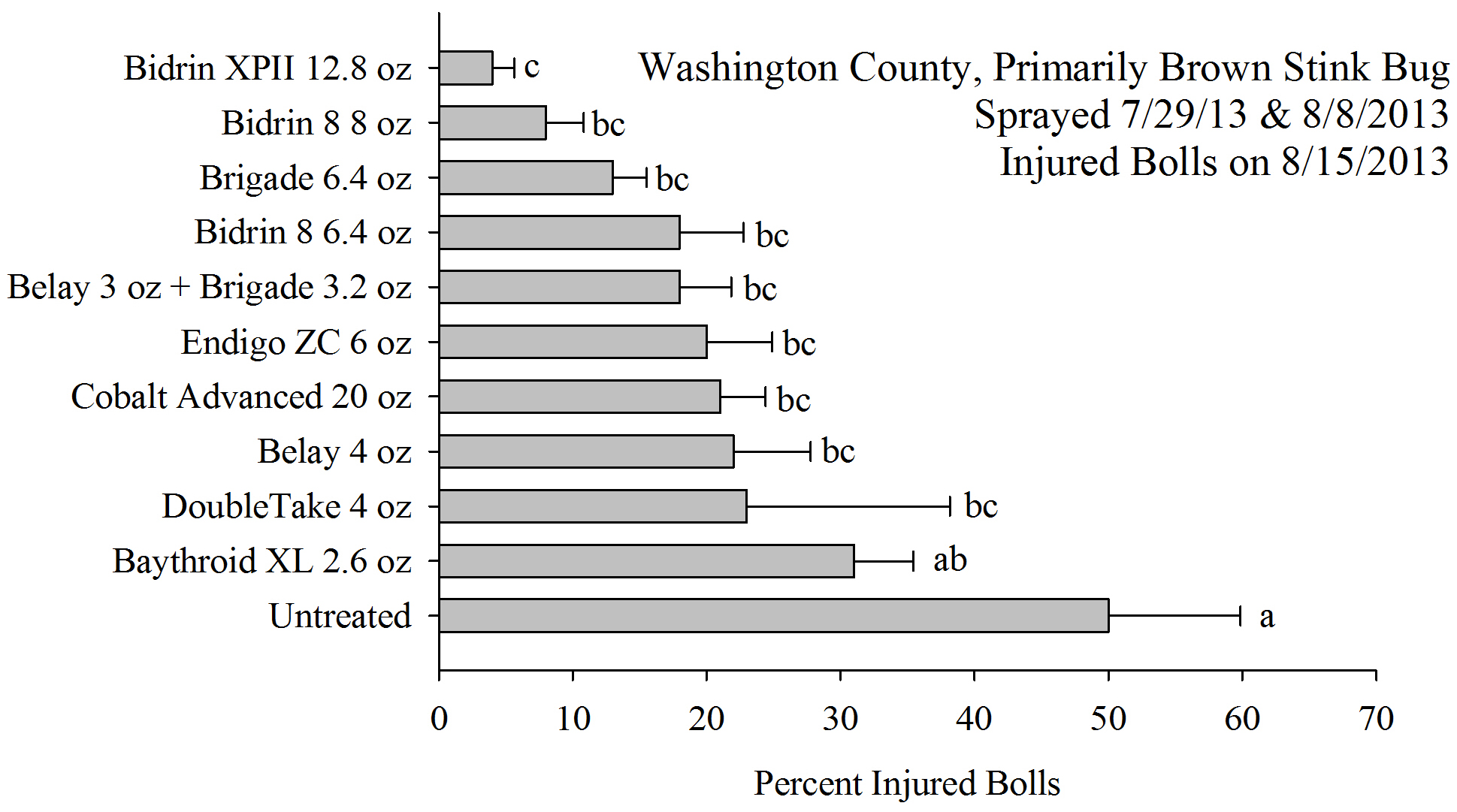